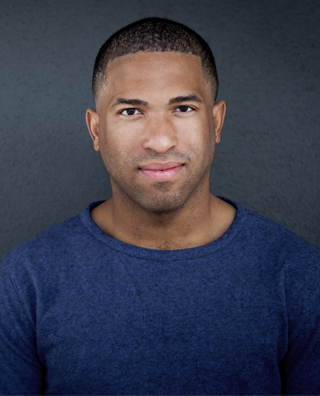 Selected by the renowned Dance Magazine as 25 dancers to watch worldwide, Micah Moch is a Los Angeles based dancer, choreographer, creative movement director, and performance capture artist. With performances in Brazil, China, Russia, Serbia, Canada, and Mexico and over 40 states in the U.S. at the world’s leading concert halls such as Lincoln Center, Jacob’s Pillow, the Dorothy Chandler Pavilion,  and the Hollywood Bowl, Micah is known for his seamless, visually striking, and powerful use of movement and space.

In addition to his diverse and innovative on stage dance work, Micah frequently performs in and choreographs award-winning and high-profile feature films, television shows, music videos, and commercials. Some of Micah’s credits include his performance capture artistry and rendering work for Director James Cameron’s feature film Avatar, dancing in Comedy Central’s television series Key & Peele, and choreographing Grouplove’s music video Way to Go and Tuxedo’s Do It and Director Amy Ephron’s dance short Chloe @3am. Micah is also often selected for choreographing projects featuring children since he is known for his intuitive methods in working with young talent.

As a creative movement director, Micah works with and coaches popular musical acts to develop their personalized movement vocabulary. Since 2013, he has worked with RCA Records musical artist Treasure Davis for live performance movement.

Micah has trained in ballet, lyrical, contemporary, jazz, tap, hip hop, and modern dance at several prestigious studios and schools including the Alvin Ailey American Dance Theater, the Colburn School, and the Lula Washington Dance Theater. He has attended Northern Illinois University with a major in Theater Arts with an emphasis in Dance Performance and the Alexander Hamilton Academy of Music.

Outside of dancing, choreographing, creative directing, or performance capturing his way through the world, Micah can be found indulging in his three other loves: directing dance documentary shorts and branded content incorporating dance, playing his favorite guitar, and cooking up all the global recipes from his travels.